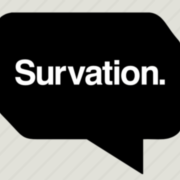 New polling by Survation on behalf of APSE (Association for Public Service Excellence) finds that whilst trust in Government has crashed trust in local councils is on the rise and at its highest level since 2016.

In terms of the services that should be prioritised for extra funding the top of the list, ranked by the public being asked to allocate a nominal budget is social care followed by road maintenance and affordable housing.

In spite of austerity the public value local services with parks services ranking the highest with a satisfaction score of 7.1 (out of 10) followed closely by school meals (6.7), street lighting (6.6) and refuse collection and leisure services (both at 6.5).

However the public are increasingly dissatisfied with the lack of affordable housing, scoring the lowest ranking at 4.3 coming below general road maintenance at 4.6 – clearly housing affordability and pot holes remains an issue for voters.

When asked about the top priorities for local climate change action the public want to see homes made more energy efficient and improved waste and recycling. When asked to rank climate change as a new spending priority it was found to be second only to social care.

When asked to think about their local area and what steps or actions on climate change would be required to combat its effects the public ranked actions as follows:

Speaking about the survey Paul O’Brien, APSE’s chief executive said “Whilst trust in government is in steep decline at a local level trust in councils has not only remained but gained traction with more of the public trusting councils and councillors to get on with the job of delivering local services.”

He added “These results should be a wake-up call on the issues that matter at a local level. Whilst social care remains a pressing priority for spending climate change, affordable housing and the condition of local roads is not that far behind. This survey makes the case for spending at a local level to be prioritised whoever forms the government after the 12 December.”

Survation were asked by the Association for Public Service Excellence (APSE) to provide a public opinion survey of attitudes to local neighbourhood services in 2019, covering the range of council services that would appear in their local area. Most questions mirrored questions asked in 2016, 2017 and 2019 with additional questions around Climate Change.

Polling was conducted via online panel between 9th – 15th October 2019.

The overall sample size was 1,535, including booster samples in Northern Ireland & Wales to ensure sub-samples of at least 100 persons in those regions.