Year 22 data templates and guidance manuals for all service areas are under construction and members will be emailed once they are avaliable to download on the members only portal, click here to log in. 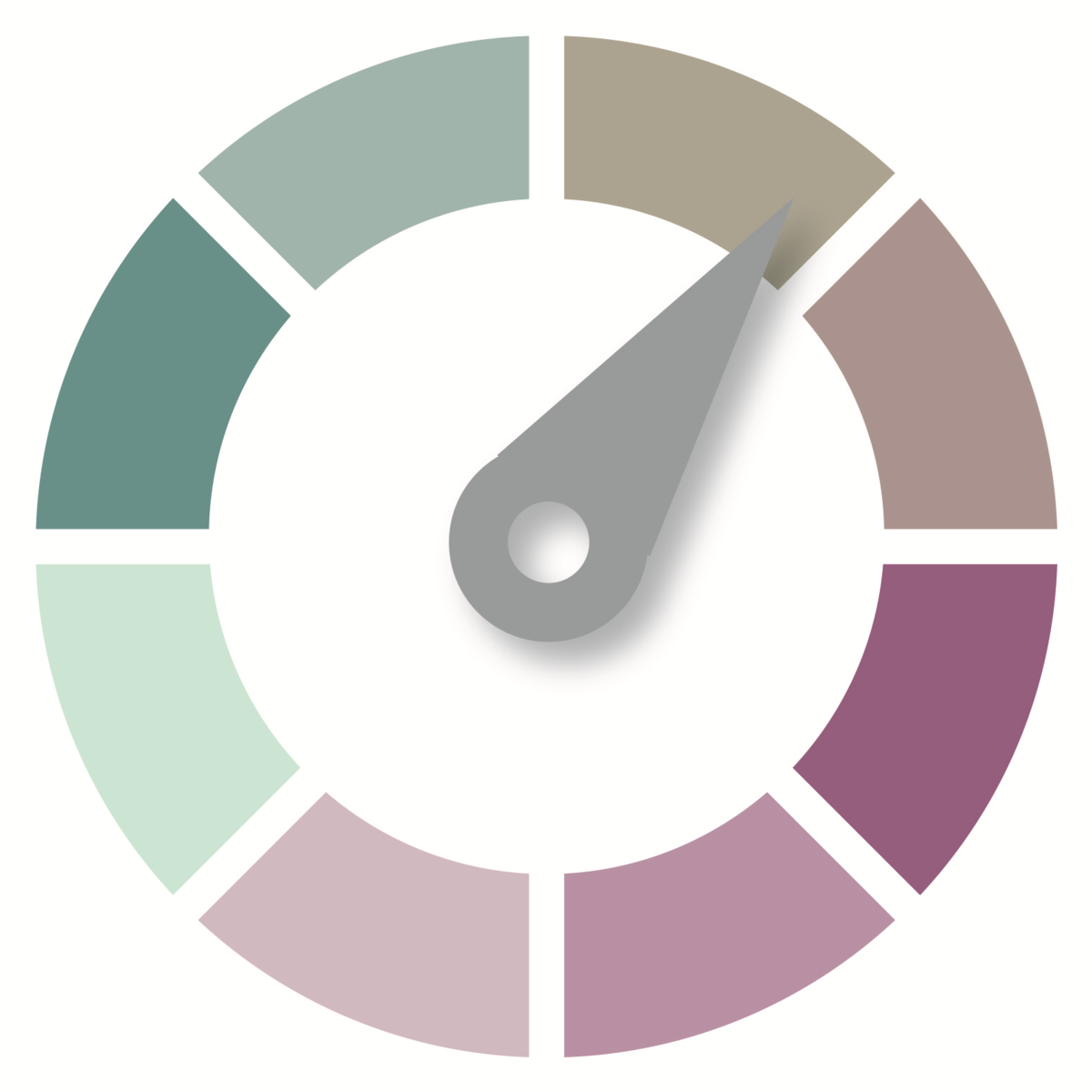 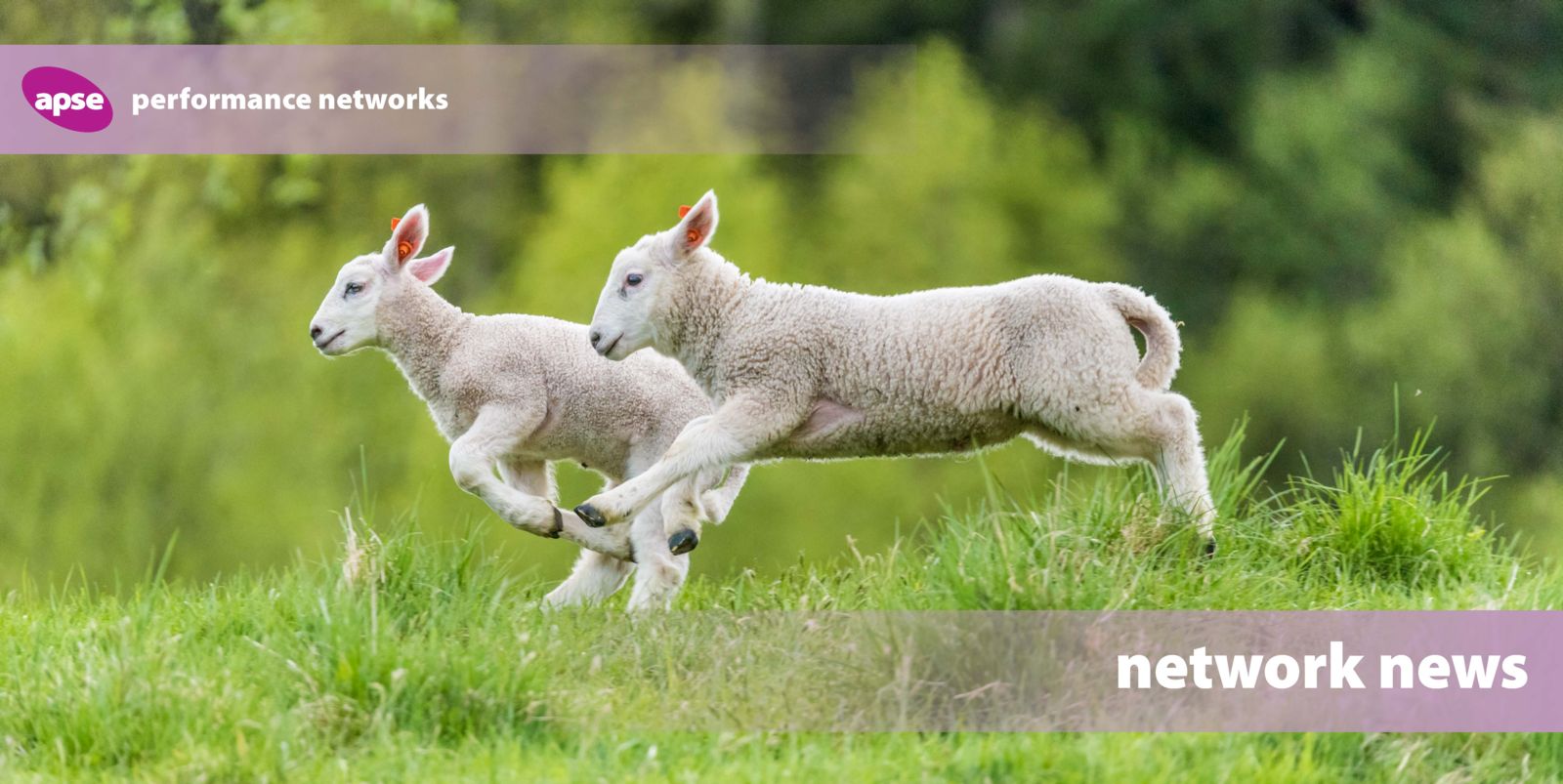 The data collection cycle for APSE performance networks year 20 has now commenced and you will be informed service-by-service as the new data templates become available on the performance networks members’ web portal. This newsletter contains important information about year 20 data collection together with updates on key developments, training and forthcoming reports.

As a member of APSE Performance Networks you can also take advantage of the range of service developments that are taking place in the current year:

APSE and Bbits launched the LAMS App at the APSE Refuse, Recycling and Street Cleansing Advisory Group on Thursday 24th May 2018 in Manchester.

As many of you will already be aware, APSE’s Performance Networks developed the Land Audit Management System (LAMS) to help local authorities measure the quality of their streets, parks, green spaces and cemeteries.  Further details can be found here.

One of the areas for improving the system, suggested by a local authority working group, was to allow 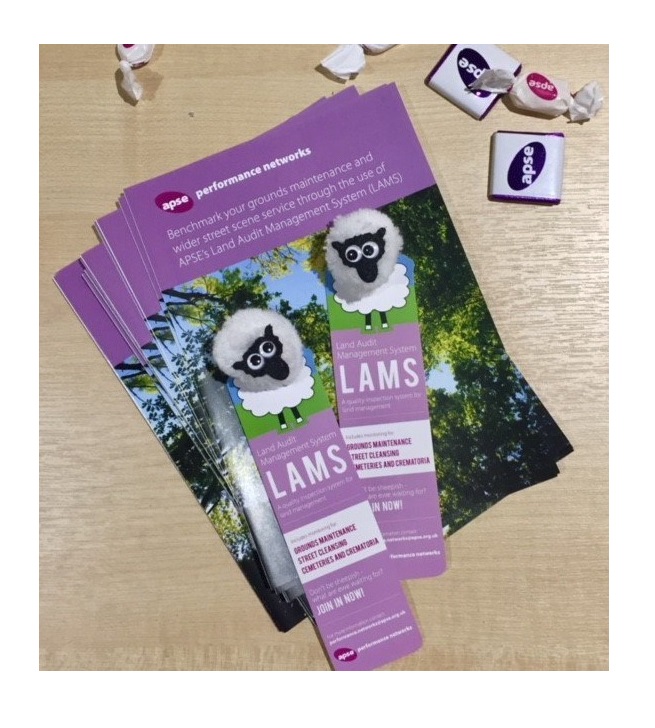 inspections to be recorded within an app, in order to avoid the need for manual data input.  By allowing data to be loaded onto an app, this would also allow APSE to access the data centrally, thereby removing the need to resend data to APSE after each round of inspections. It would provide a much easier and less time consuming approach to inspections and would allow for a wide base of officers/public to use the LAMS methodology. In addition it was also felt that the introduction of an app could potentially assist those councils who are considering using volunteers to record inspection data.

As a result, APSE has assisted Bbits in the development of an app for LAMS which will be piloted and testing during the summer.  Bbits will train APSE staff and associates on use of the App, which will be included within the APSE LAMS training course from now onwards.

If you would like to sign up to LAMS and/or the app, please email performance.networks@apse.org.uk for further details.  Please note, there is no extra charge for members to be involved in LAMS although there is a small annual charge for the use of the App.  Use of the LAMS app is not essential to the use of LAMS (the current paper-based system can still be utilised).

In Scotland, APSE have been working with Zero Waste Scotland to include LAMS within the new software being developed to monitor performance against COPLAR.  A working group will be held during 2018 to develop this further to meet the requirements of members.

You can now monitor cemetery land within LAMS and all those authorities who have already registered for the Cemetery and Crematorium benchmarking service can utilise this for free.

The APSE customer satisfaction survey has now been developed for Cemeteries and Crematoria.  As a member of performance networks there is no charge for you to use this service.

If you would like to participate in the customer satisfaction surveys, please email performance.networks@apse.org.uk.

As part of the Northern Ireland Project, APSE developed a number of new benchmarking modules, including one for corporate services.  This year, we will be piloting rolling this out throughout the UK and have 10 pilot authorities registered for this from England, Scotland and Wales.  The first benchmarking group meeting will be held on Wednesday 6 June in Manchester.  If you would like to register your interest, please contact a member of the performance networks team.

This year we will launch the optional reduced data collection templates for education catering and building cleaning, responding to requests from some members to have simplified models with a more streamlined option of performance indicators.  Members can still opt to complete the full models but this development is intended to increase participation from those councils who do not currently participate due to time constraints.

APSE are undertaking a joint survey (via electronic email link) with LACA on education catering meal uptakes in primary schools in England which will be used to assess the impact of Universal Infant Free School Meals.  The questions will be easy for APSE performance networks members to complete as it is based on some of the headline indicators from the data collection modules.

APSE have been working with the Direct Management Group (DMG) to bring their benchmarking project into APSE performance networks. DMG had been collecting comparative information from a number of Highway Authorities across England for a number of years and APSE have been working with DMG to design data templates and reports to meet the needs of the group from 2018 onwards. This project involves collecting a streamlined number of measures and including indicators on:

The Department of Transport were consulted over the proposal to move the DMG Benchmarking Club to within APSE and Steve Berry offered the following comment:

“Effective Benchmarking is a key component in any performance management framework and the Department has been following the Direct Management Group’s initiative with interest. We fully support this proposed alignment with APSE’s Performance Networks and believe this will ensure members will be able to demonstrate best practice in accordance with the local highways maintenance Incentive Fund self-assessment principles.”

APSE have been attending the Defra Litter Strategy meetings to promote LAMS and performance networks street cleansing data as a source of information which Defra can use to establish a baseline for England.  We have been included in the dashboard published by Defra to set the baseline of performance for 2016-17. To view the dashboard, click here. An extract is shown below:

APSE have been attending the litter monitoring group for the Litter Strategy in Scotland and are liaising with the group in relation to incorporating LAMS within the new national software being developed.

Following on from a successful pilot last year, which was in partnership with the National Association of British Market Authorities (NABMA), we have now launched Market operations as a new service area this year.

• % of businesses new to the market during the year

• % of businesses leaving the market during the year

If you authority is signed up to all services, you can participate at no additional cost.  Please email vstarmer@apse.org.uk to sign up and register your markets.

In response to our recent membership engagement survey, with an overwhelming request for more case study reports, we will shortly be posting copies of the latest printed case study reports including best performer case studies and an income generation case study publication.

The Northern Ireland project is progressing well and is now in Year 3.  The following modules have now been developed for the project and the deadline for returning data is 29 June 2018.

You should now be receiving your second batch performance reports and PI standings reports, which have been processed throughout March.

Are you new to performance networks or just need some help in familiarising yourself with the data templates?

To aid with inputting data into the data templates, APSE performance networks are offering its members the chance to attend a data completion training session. These sessions are free of charge and are aimed at those who are less experienced in completing the data templates or those who need a quick recap. You will particularly benefit from this training if you have never completed a data submission before or you are new to performance networks and responsible for collecting the data. The training provides delegates with an opportunity to clarify the basic issues relating to the data collection process in a facilitated environment. Technical guidance about which data to include or exclude from a calculation is given and members are able to raise any individual queries relating to the data collection, information sources, definitions and/or interpretations.

Sessions have been set for the following dates:

If you are unable to attend any of these dates but would like some training, please send an email to vstarmer@apse.org.uk expressing your interest and we can work towards organising training for you.

The new web portal is being piloted which includes individual log-ins rather than authority-wide log-ins.  This enables more reports and analysis to be uploaded onto the web with customised information such as forthcoming deadlines and dates for benchmarking meetings relevant to a particular service area.  This will be rolled out during spring/summer 2018. 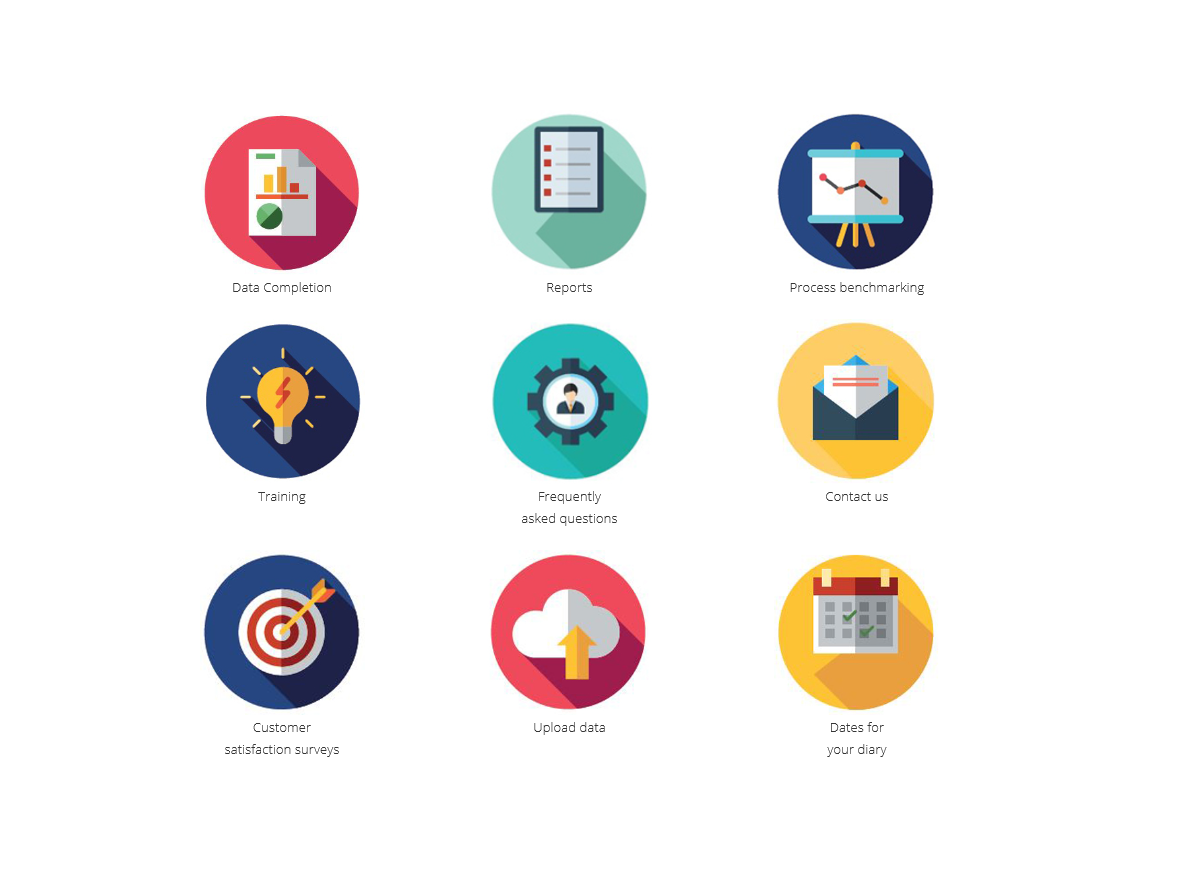 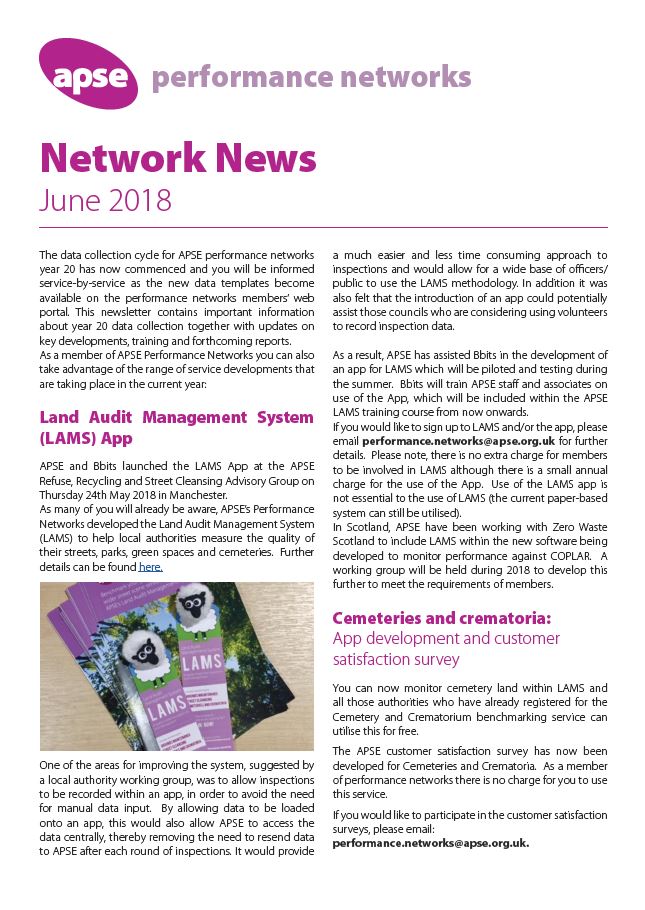 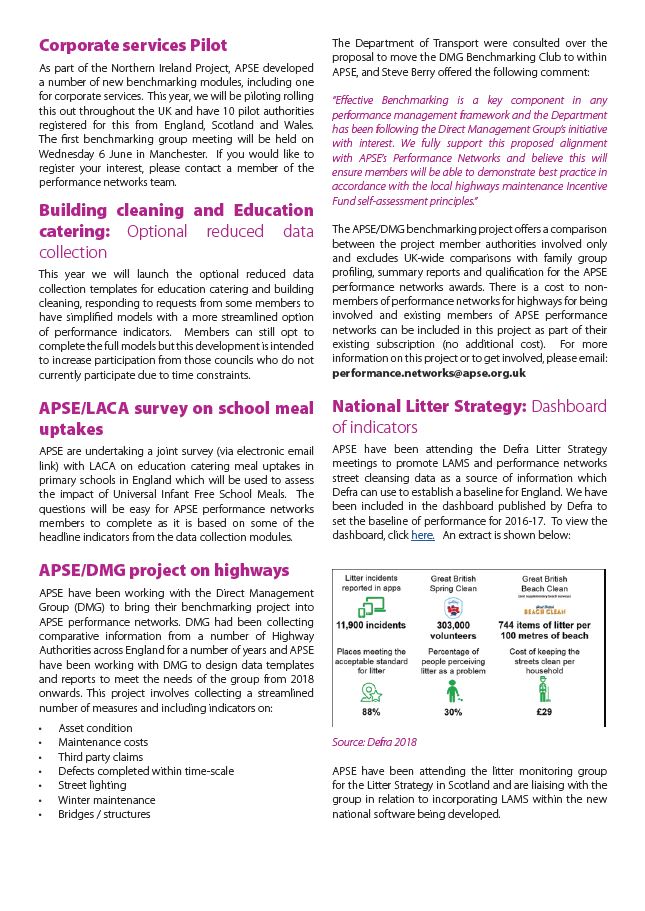 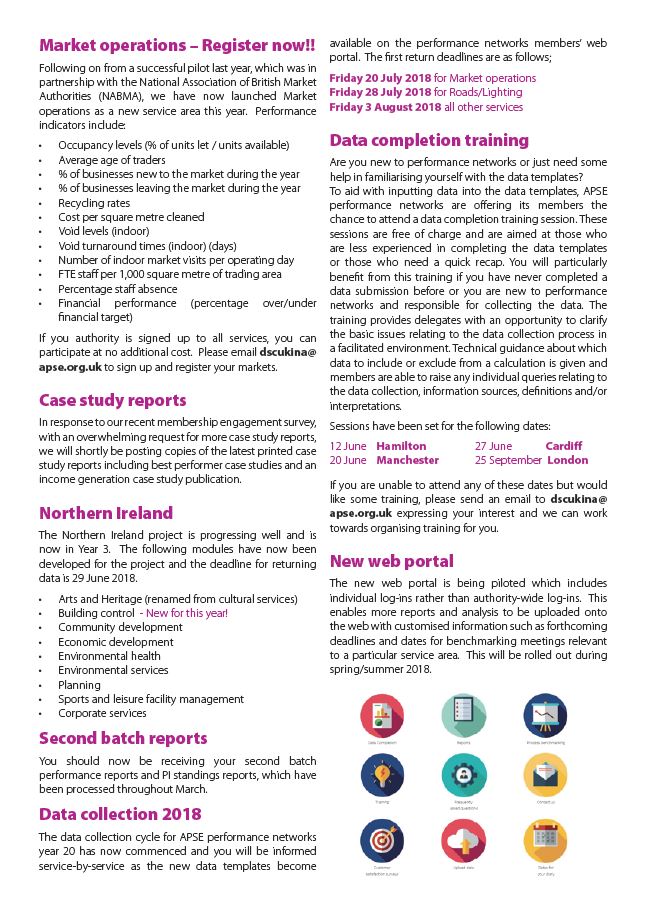